Where have I Been? With Pics at the End I Promise!


Where have I been?
Well first of all is this little thing called CHILDREN

School started over a month ago, but before that even started there were Volleyball tryouts. Did I ever tell you how much I hate Volleyball? It is so boring and all the girly girly screaming, the obvious shouts of "OUT" well duh we are watching too, don't need you to tell us that. The need to high 5 and hug after every point , serve or good spike. I am not a huggy type of girl.

Then school started and between driving one girl to school, picking up 2 girls from practice, then the dreaded VBall game themselves , Girl Scouts and driving the 17 yo to work cuz I was mean and wouldn't let him get his license because he couldn't get to class on time............ I have been busy

I had a very nice time at the retreat. While there I met some very nice ladies. Gerry K says she wants me to marry her 50 yo son, alas I am taken. but I think she just wants me as a stitching buddy. So I decided she can be my NuMom, as my real Mom left me 7 years ago

I stayed at this Gerry's house. I was their first guest in their new house. Gerry and her husband Gene were both so nice to me. They even helped me in getting new tires put on my Expedition and took me out to dinner. Thank you so much!!! It was so nice to get to know both of you. I am sure we will be meeting again in the future.

Leslie hosted the retreat at her home. I don't know how much time and energy she put into all of this but I am sure she was exhausted having all of us there and driving everywhere. Thank you so much!!! You did a great job

Of course Janet went with me. We talked the whole way there and back. Neither one of us usually talk that much so were talked out for several days.

We also met Connie, who learned to paint buttons from Gerry K and learned very well I must say. Then there was Cathy who was very entertaining. And Jill who's house we visited and had us all for dinner.( Thank you so much)

Then there was Debbie from Maine, she is not at all what I expected. I expected some young little thing in her 30's and about 5ft 10. Well no Debbie says she is 5 feet but so am I. I think Maine feet are shorter than Colorado feet. What a character!!!! Debbie next time we wall meet you will have to go take a smoke so we can go through all the stash you acquired on this trip.


I can't wait until next year!!

Here are some pics I promised. This is the Cq bear I made for the Chinese Auction. Gerry H got to keep this one. I am thinking I may make some of these to sell. What do you think? 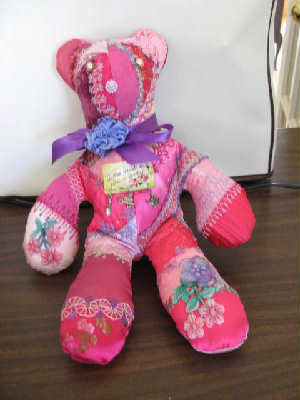 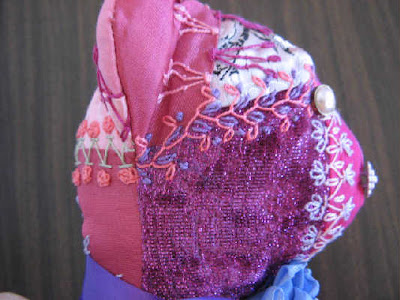 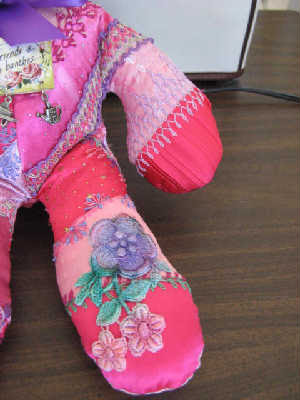 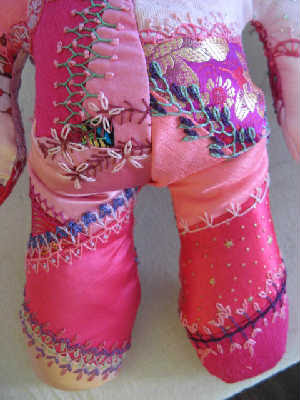 Here is the block for Lyn for the Magic Moments DYB, she asked for Victorian and Romance. I figured you can't get more Victorian than Queen Vicky herself 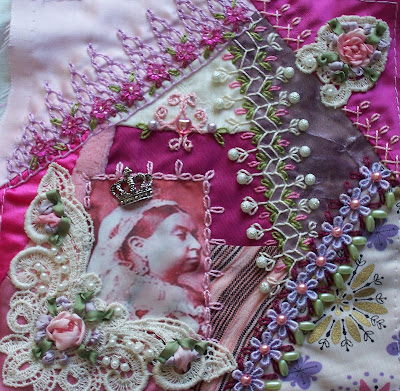 This is the dragon I added for Ati's fantasy block. It is for her grandson, so I just had to put a boy with his dragon. 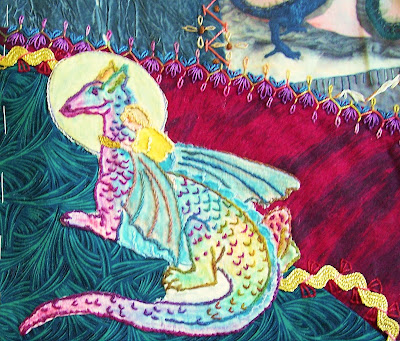 The block for Ati's Christmas theme. Just had to add the elf button for a touch of whimsy 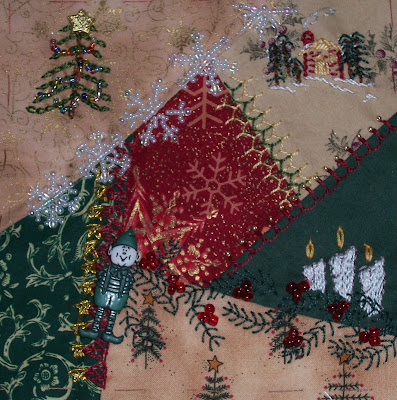 And lastly Cobi's East Indian block. I like how the elephant turned out 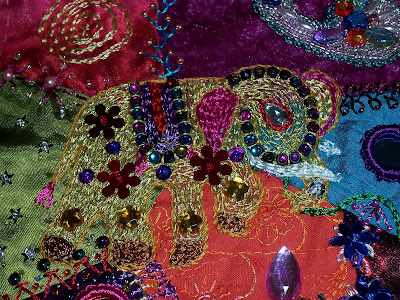 So I have been doing things, just not in a talkative mood I guess. I have dozens of pics I need to show you of all the wonderful work I have received in RR and swaps. I promise I will get to that

I have also been tagged by Lin Moon and someone else( I am so sorry! I forgot who at this moment) I will get to those too. I just am all typed out at the moment

Off to make a few surprises for the Gerrys